RAINBOW DAYS 🌈 : 10% of the sales will be donated to the Covid-19 emergency aid fund set up by the FHF (French Hospitals Foundation)

the brand
our history

The former anthropology student from Montpellier could have become a researcher or an archaeologist, for the intense pleasure of discovery. 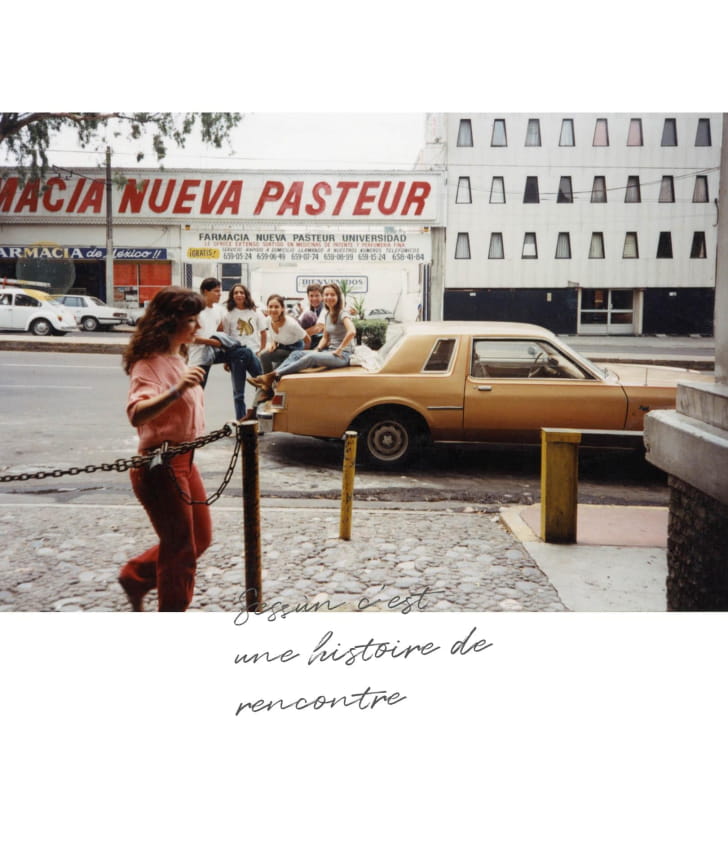 CREATOR AND PILLAR OF SESSÙN FOR 22 YEARS
Emma François

In the end the things she saw and the people she met on her travels led her to print her memories of several ancient civilisations onto our contemporary fabric. It was in South America that Emma François felt the first mystical impact, the turning point which foreshadowed a vocation. OK, that may be a cliché but it really doesn’t matter. It was when she came into contact with people who weave, embroider, sew and make things, drawing unquestioningly on a heritage of techniques and know-how, that she finally understood what she had to do and found her own way.

1998 saw the obligatory trip to Paris and the Who’s Next show at which she presented her brand for the first time. Then, having set up base in Marseilles, she got herself noticed in 1999 and 2001 when she was awarded the Jeune Créateur (Young Designer) prize by the Maison Mode Méditerranée (Mediterranean Fashion Institute). In 2014, the first Sessùn Oui collection was launched, offering a contemporary and subtle reinterpretation of the world of marriage. The year 2016 marked the 20th anniversary of the brand, which has never lost its common thread.

Is it a matter of listening out for trends so that you can anticipate shades, printed fabrics, shapes and cuts? Yes, of course, but first and foremost it’s about trusting your instincts, the emotions you pick up every single time you go out, whether it’s just a great night on the town or a journey to a faraway place. In any case there can be no commercial concessions because, as she puts it so well herself: “If you’ve got no feeling for what you’re doing it’ll never work!»

Discover Emma's inspirations
The reflection of a universe
conscious presence

Today, Sessùn distils its universe by creating unique and refined boutiques in its own image.
Each space follows a chosen design and tends to be part of the cultural heritage of the place where it is established. Old paper mill, historical buildings, preserved brick walls or woodwork facade, Sessùn plays with the material and calls upon craftsmen with an incomparable know-how.
Cabinet-makers, skilled craftsmen, the last basket makers in France or renowned architects, are all involved in the creation of real architectural works.
But the aim goes further and the walls are adorned with original creations, woven lamps or textile paintings, handcrafted at Sessùn or by artists who are dear to us. These are complemented by a selection of handcrafted creations, such as the pottery of Pierre Buisson or the books of the independent house Chose Commune.

a transversal approach
the love of sharing

Sessùn cultivates this outstretched hand towards other arts through its editorial choices but also through collaborations that push it to reinvent and broaden its horizons, such as with the street artist Koralie or more recently the embroidererer Marie-Sophie Lockhart. For her, these limited series proposals make it possible "not to freeze in a logic that would become different as soon as it touches the diffusion in quantity".

But far from limiting itself to this, it is also a partner and patron of demanding and eclectic events such as, to name but a few, the Midi Festival in Hyères, the Yeah! in Lourmarin, Résonance in Avignon or the Baleapop in Guétary.

In this way, Sessùn intends to support creation in the broadest sense and emerging artists in its own way, which it considers essential to renewal and the bearers of precious contemporary art. This dialogue with the arts, with others, is fundamentally embedded in its genes, those of a brand that sees itself as nothing other than warm, open, sincere and accessible.

Discover our collaborations
be sustainable in coherence
future-oriented

This capacity for polymorphous and selective attention is certainly one of the keys to Sessùn's identity. That of a brand that subtly tends towards timelessness while being deeply rooted in its time.

From the beginning, a point of honour has been to offer quality products, made with respect for people and know-how. Today, while the challenges of a global and eco-citizen consciousness are more than ever indisputable, Sessùn has chosen to make clear commitments. Commitments close to its beliefs and in the continuity of a vision established around the human being, openness, preservation and common sense. Commitments that make it chart its own path....

« A timeless love story where creating collections would be a pretext to tell a lot of other life stories... »

45-days upon receipt and refund within 7 workings days

Newsletter
We have a few things to tell you
Sign up to Sessùn's newsletter and discover the brand's news.
By signing up to the newsletter you are accepting our Terms & Conditions and our Privacy
© 2019 Sessùn / Design and production Nateev.fr